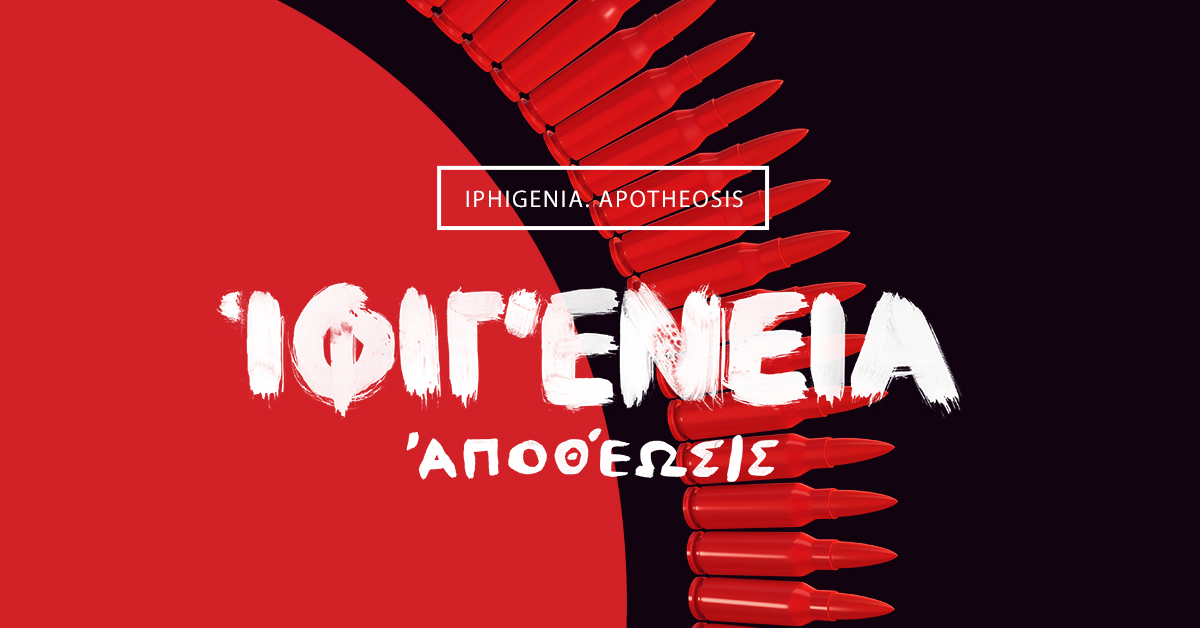 Play-ritual “Iphigenia. Apotheosis”
“Time to love, and time to hate; time of war and time of peace.”
Ecclesiastes book 3:8

The performance “Iphigenia. Apotheosis ”was created by director Dmitryi Kostiumynskyi and
composer Alexei Retinskyi at the TEO Theater. It is based on the classical ancient Greek tragedy
of Euripides “Iphigenia in Tauris” with the new terms of theatrical utterance: modern dramatic and
visual language, the actor and the audience converging, the stylistic synthesis of Greek choirs
and live electronic music.

The king of Argos, Agamemnon, had three children: the eldest daughter Iphigenia, the middle
daughter Electra, and the younger son Orestes. When the Greek army went on a campaign
against Troy, the goddess Artemis demanded that Agamemnon sacrifice her daughter Iphigenia
to her. Agamemnon did this, but at the last moment Artemis took pity and saved her life,
replacing her with a deer, and sent the girl to far Tauris, where she became a priestess in the
temple.
In the era of latent information warfare, changes in the social system and the geopolitical
redistribution of existing borders, Iphigenia, serving as a goddess, fights on the last barricades of
the disappearing world. Iphigenia must prepare for the death of all foreigners, which he brings to
this region. Then one day, many years later, during the Apotheosis rite, two friends are captured.
One of them is her brother Orestes …
The authors:
Text: Euripides (adaptation Dmitryi Kostiumynskyi)
Director: Dmitryi Kostiumynskyi
Composer and Electroacoustics: Alexey Retinskyi
Scenography: Dmitryi Kostiumynskyi
Iphigenia: Yana Slupskaya
Iphigenia Young: Katerina Kravchuk
Orest: Ivan Makarenko
Pilad: Eugene Bal
Choir: Olya Borisenko, Anastasia Vladskaya
Graphic and visual part: Ruslan Isaulenko VJUA, BLCK / BOX, Dmitryi Kostiumynskyi
Producer: Julia Yun